My Wife Is Psyched About Her Alias 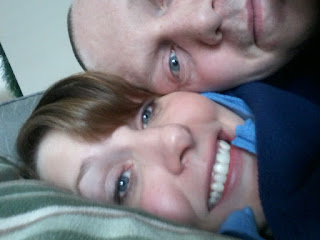 I'm not going to say that two people in a relationship have to like all of the same movies and TV shows, but preferences can say a lot about a person without actually saying much. A picture is worth a thousand words, I've heard. Well, do moving pictures equal more? There's obviously a lot more that goes into any one relationship and that was certainly the case with us.

The first two shows my wife and I watched together when we started "dating" were Psych and Alias. I say "dating" with quotes because we never dated as much as we were just not married yet. I didn't know anything about the TV show Psych, and I knew very little about Alias going into it.

What those shows ultimately showed me was that I could sit on the couch each night watching TV with this person and have a great time. And, somewhat oddly, it helped us to get to know each other better. Events and dialogue in a show or movie can spur dialogue amongst its viewers. And more to this, it can allow two people to communicate, in a sense, without words. Not that we've ever had a problem communicating WITH words. The problem usually comes from both of us wanting to talk at the same time!

Each episode of Psych follows the two main characters on a case. I'm not a big procedural fan (I find them too... procedural), but this show is much more about the cast of characters, comedic situations, and banter than the case they are working on. It's a light-hearted hour (with commercials) of laughing and solving the case. We carried our enjoyment of this show into our life and still make references to the show to this day. *You know that's right.*

While Alias is certainly not a comedy, we were able to connect with its action and mystery. It's really almost the opposite of Psych for many reasons, but it did show that our relationship wasn't confined to just one genre of story telling. Watching a TV show unfold can be a very bonding experience.

So, here we are about four years and many shows later. We don't always watch the same ones, but for the most part, we do. We both still have individual tastes, but it's wonderful that for the majority of our watching, we can come together and share a common interest. Marriage is obviously an institution that must hold up to more than favorites on the tube. But, damn, it's a plus when that clicks.