Showing posts from June, 2017
Show all

THE NOT SO DAILY DUMP #3

The Triple Lindy Last week, Uncle Bob and some other family members were over for some pizza and fun, and he brought up the Triple Lindy. How many of you have seen the movie,  Back to School ? We got a good laugh reminiscing about that scene. Check out the Triple Lindy video here unless you plan on running out to your local VHS rental establishment to watch this '80s classic . Email Subscribers! Yep, click this! *   *   * Ruse De Guerre Over the past few months I've been reading a book, Justinian's Flea , the same book I wrote about in the post called " Books, Life, And Punchlines ," and I came across a phrase that I thought was interesting. So, I looked it up.  ruse de guerre - wikipedia *   *   * Duck! Two weeks ago, after I had done some yard work for a few hours, I was finishing up and getting ready to go inside for the day. A sapling that's been growing in a nook of a tree in our front yard caught my eye. It's been growing there s
Read more

THE NOT SO DAILY DUMP #2

Blog Service Announcement I've been making some changes to my blog presence lately and that gets translated out into different platforms in different ways. My primary focus has always been about the look and the usability on a desktop (web version). I've done my best to make the mobile version a clean and simple experience that matches the web version. I also offer an email option for those who would like my posts delivered to their inbox. I have even less control in how the email version comes across. The more I learn about and have tweaked my presence with these different platforms, the better I'm able to give a more cohesive experience among them. This is still a work in progress (and it will most likely be so in perpetuity, since I tinker and change things often). For example, I placed two videos in " THE NOT SO DAILY DUMP #1 ," and they did not show up in the emailed post. Please know that I'm working to make my websites and posts fully functional
Read more

The Scandalous Lives Of Frog And Toad 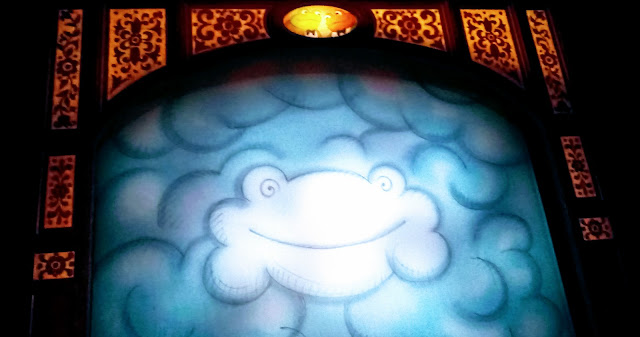 Last year, I wrote a post about a play that I attended at the Children's Theater. I won't be getting into that because you could obviously just read it. But, much like the situation surrounding last year's event, this one was also a Girl Scout sponsored night that was a prize for Super Sellers. This year's play was A Year With Frog and Toad . Even though we only had three tickets, we all went to the Children's Theater. My wife and toddler son, much like last year, were going to peruse the adjoining Minnesota Institute of Art. Fortunate for us, not everyone who attends needs three tickets, and a woman asked my wife if she'd like her extra ticket. We said yes, of course. In hind sight, we probably didn't need an extra ticket and could've showed up with no tickets and still have watched the show. Whether it was lax security, a general trust of others, or the fact that the theater wasn't quite full, no one seemed concerned about making sure ever
Read more
More posts