The R&D Workshop No.5

In the last update, I stated I would get into certain things. Why? I don't know. Because this is what I do. I do things and tell you about it. I also do plenty of writing about what I'd like to do, but we won't go there.

So, what's going on?

The site linked above serves as a one-stop-shop for my dealings with the audio, the musical, and the general sonic world—otherwise collectively known as sound. The site may not be as comprehensive as it could be, and it is sure to evolve and change as the future becomes the present, but that is its mission.

Sedam Sound Studio is a place. It's currently and maybe forever my home studio.

Graham Sedam Sound is the title to which I attribute my dealings with others that take advantage of my sound services, for example, if I write music for a show or mix someone's album. I may add a place on the site to showcase clients. I suppose it mostly depends upon how the client list growth pans out.

Music Projects are just that. However, these are specifically projects that one could look at as "bands that I'm in." These are studio bands, meaning we write and record music but don't play live. I don't see that changing anytime soon, but I HAVE contemplated forming a separate band that plays covers of the songs I've recorded and released for my Music Project bands. Also, these Music Projects are my most recent bands, meaning projects that have been active within the last ten years.

For the most part, happenings with this venture are exactly where I left off in the April "Workshop" update. I continued working on music into June as much as I could but lost some steam when the kids started their full-time summer gig. It also didn't help that the show's forward momentum stalled.

The main push behind this show is a guy I know named Chris. This is an aspiration he's had for years, and due to a variety of reasons, he's had to put his time elsewhere. On top of finding the time in his own life, there's been a bit of a need to assemble a new team. I've heard about how long it can take to pull off projects like this, and we're not even a professional production company or a Hollywood studio. Chris knows the right people in the right circles, and he knows fishing. That has been our starting point.

Hopefully, it's just a matter of waiting (and planning) a little longer before we can start making something. I'm going to keep doing my part and chip away at creating music and general sound design for the show. I want to be ready when the opportunity comes.

✤ Goals For The Upcoming Months

It's hard for me to say what's realistic for me to accomplish in the realm of sound. I have made plenty of plans in the past that don't pan out as they should or as I have hoped. At this point, I'll be happy to get back into some type of groove or process that will give me momentum going into the new year. I certainly hope for more, but I'm going to start small, since I already know what obstacles lie ahead.

As for the goals of where I'd like to be next June, that's easy. It's also a bold plan. One that I'm too familiar with not succeeding at. However, you can't have bold actions without bold plans, and why not shoot for the stars, eh?

What I hope to accomplish before next June:

1) Finish writing and recording all five "songs" that I'm currently working on for the fishing show. In addition to that, I want to create at least one remix or variation of each of those "songs." This is the minimum amount of work I want to put into the show.

2) Write and record the first aural ocean song. I've had our first song in my head for at least two years. I've had the lyrics and a general melody for those lyrics written for easily more than one year. It's just a matter of starting. I don't know how long it's going to take to get the song out of my head, into instruments, and recorded onto the computer. Once I can get started and actually have a little progress to show, I can bring in my aural ocean bandmate, my wife, to do some singing. Then, go from there.

3) Make progress on a Diads release of a yet undetermined amount of songs. I've talked about this in the past, and even blogged about the progress of this batch of songs at the beginning of this year. I'm not so sure that my idea of completing nine songs is going to pan out. I would rather release a smaller batch, if only three songs, than go another year without. So, whether it's three songs or nine or whatever, I would like to end this music season with a Diads release. There's plenty of material "in the bank," so three songs is pretty damn realistic. But, there I go throwing THAT word around again. I'll have to discuss this further with my bandmate, Tim, but this post does add to the conversation, I suppose.

4) Mess of it ALL. My only real hope with this bandmate-less project is to have the time in between my other musical goals to do any work on one of the two EP releases I have planned for the future. Those two planned EPs are actually quite different from each other. One is the beginning to a three or four EP series, and the other is working off of some jamming I did on bass guitar along with an old, cheap drum machine earlier this year.

5) Keep in mind that all of the sound related goals above deal with the actual work of the sound making itself. Nowhere did I mention any of the work that comes after—making it available for the world and trying to (poorly) market it to them—nor did I mention finishing mixes or mastering. I should also mention the time and efforts on any artwork or video that goes along with a musical release. All of that factors in. I haven't really done that yet. I just want to focus on making music at this point; the horse needs to lead the cart. The enjoyment I get out of it—creating and manipulating sound—comes first. Sharing it with the world in a fashion that I choose comes second. It's good to remind myself of that once in a while.

So, there you go. You leave this "Workshop" post a little more informed. What will you do, now, with that information? I hope that this post keeps me accountable to my goals (within my weak powers), as it certainly has helped me to define them for myself. See, this blog is as much about me helping myself as it is about informing you.

Before I go, I want to leave those who made it this far into the post with a quote that I've been thinking about a lot in the last few weeks or so. I think there is more meaning that can be a taken from it than what is obvious. Added emphasis is from me.

"That which hinders your task IS your task."
-Sanford Meisner

I look forward to sharing with you as I progress.
Until we meet again, stay hungry. 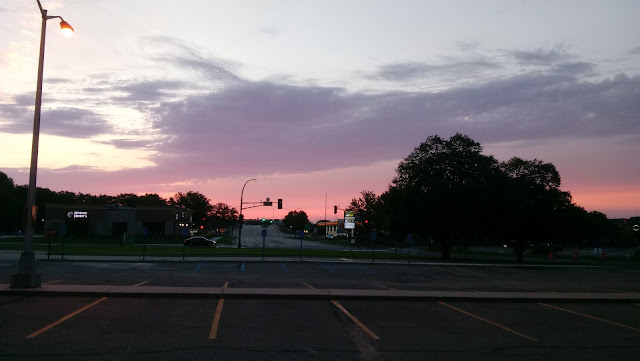